A workplace safety company in Nova Scotia hopes the next couple of months will be big ones for it.

With the legalization of recreational marijuana coming to Canada on Oct. 17, the Sayle Group has been pushing its cannabis safety program to businesses ranging from IT firms to heavy industrial companies.

"We spent the latter part of last year and the early part of this year soft launching our online program," said company CEO Stephen Sayle. "The interest now since that time has really started to ramp up."

The Sayle Group only has seven employees and is based out of a small office in Bedford, N.S.

But it's been in contact with businesses of all sizes across Canada who are buying into its online training package, which looks at how employers and workers should deal with marijuana and the workplace.

The aim is to make sure employees are not putting themselves, colleagues and the company at risk when it comes to using marijuana.

The training talks about what steps employees can take to make sure their workplace stays safe and how to approach someone they suspect is high. But modules also encourage people not to be judgmental about marijuana use.

The modules can be done on computers, tablets or mobile devices.

"We attended many safety seminars on this subject and we found the lecturers were either heavy on the legal/human resources side, or they were very toxicology/PhD scientist side," said Sayle.

"What really seemed to be missing and what we saw as a real gap was occupational safety around cannabis legalization."

They say it's important trucking companies stay ahead of any potential issues that could arise for drivers.

"It offers plain language and information that is easy to understand, that everyone can absorb and won't get confused with all the big buzz words," said Gary Hunt, the safety co-ordinator with the Nova Scotia Trucking Safety Association.

Hunt said the initial response from truck companies has been positive.

"That's because they know they have to get educated themselves from a company perspective, and from the employee perspective there is a lot of misinformation out there. So this program brings everybody to a level of understanding with fact-based information."

The Sayle Group already has a wide range of companies and organizations they are bringing on board, including First Nations communities and municipalities from coast to coast.

The Sayle Group recently reached a partnership with another company in Atlantic Canada. The Professional Security Knowledge Network is based out of Charlottetown and works with security, investigation and public safety experts. 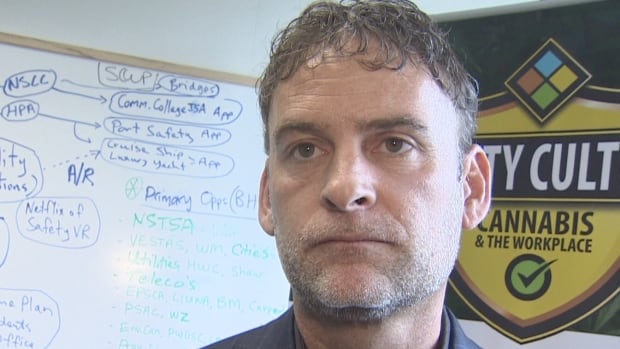