Elbit Systems’ Canadian subsidiary, GeoSpectrum Technologies (GTI), announces the successful Anti-Submarine Warfare (ASW) trial of its Towed Reelable Active Passive Sonar (TRAPS) on board the HMCS Glace Bay of the Royal Canadian Navy (RCN), completing final assessment of a second TRAPS onboard RCN’s vessels (tests of GTI’s TRAPS onboard HMCS Shawinigan were competed during September 2018). The performance trials of TRAPS with HMCS Glace Bay were conducted by the Department of National Defence’s science and technology organization and the Defence Research and Development Canada (DRDC).

Easily deployed and recovered by a single operator, the sonar system showed great potential through the trials period, meeting predicted ranges in target detection, in both passive and active modes against different targets.

TRAPS is a Low Frequency (LF) variable-depth-sonar intended for detection, tracking and classification of submarines, midget submarines, surface vessels and torpedoes. Its’ “wet-end” towed arrays’ acoustic elements are a vertical projector and a receive array. TRAPS’ unique advantage is that its’ projector array is reel-able and stows on the winch drum with the receive array and tow cable. This system enables the Royal Canadian Navy to expand the capabilities of ships like the Kingston and Henry Dewolfe Class into an Anti-submarine role. 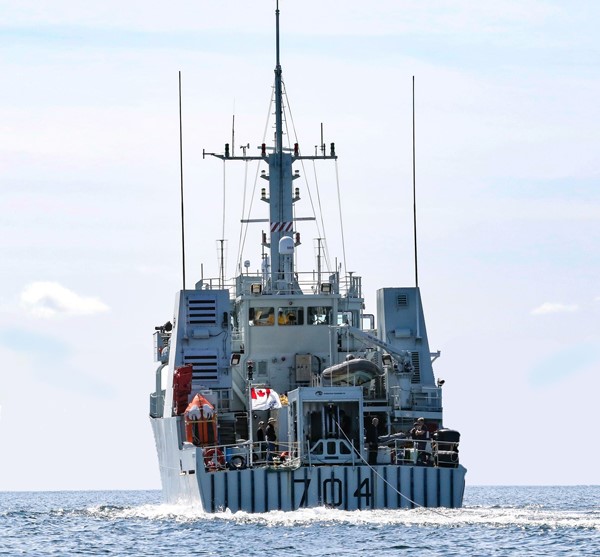