Mack Defence and Valcom are collaboratively using the RemoteSpark mixed reality remote support tool, built for use on Microsoft HoloLens, to deliver task guidance from system experts based in Canada, to field service technicians based in Europe.

RemoteSpark is a software that enables remote workers to establish a secure, low-bandwidth mixed reality connection with SMEs, located anywhere in the world. The platform creates a shared audio and video connection while allowing SMEs to support the task with relevant documents, images and 3D assets which appear as holograms in the end-user’s real-life environment.

Built for use in data-sensitive industries, the RemoteSpark system is highly secure, boasting end-to-end encryption, world-class firewalls and tamper detection, the ability to operate on-premise, air-gapped, among additional layers of security. This system is in use by the Royal Canadian Navy, Royal Canadian Air Force, Canadian Army and other defence and industrial organizations.

The trial is focused on secure inspection and repair of Mack Defense systems by Valcom field service technicians. After an extensive, multi-party security audit, the first remote support call was initiated by a Valcom technician in early 2020. Since then, Valcom and Mack Defence have reported excellent results from the trans-Atlantic mixed reality calls between the field service representatives and experts back in Canada.

“The RemoteSpark system has allowed us to troubleshoot problems from overseas quickly and accurately without traveling, which means Mack Defence systems can continue to operate efficiently,” said Senior Business Development and Procurement Manager for Valcom, Charles Richer. “Compare this to having to fly a system expert overseas, into remote locations, from Canada and you’re looking at weeks of delays and equipment that can’t be used. The capability shows a lot of promise.”

In the span of a month, numerous remote support calls have been made as a part of this project, each one representing a saved overseas flight for a system SME and a Mack Defence system returned to service far faster than the traditional repair process allows. Richer notes that one day of training was all that was required for technicians to be able to operate the HoloLens hardware and RemoteSpark software.

“The trial of the mixed reality system is proving successful in ensuring that we maintain a high level of operational efficiency. Working with our service partners at Valcom, we will be continuing to monitor the outcomes of the trial and assess opportunities for expansion,” said Alain Gauthier, VP of Mack Defence Canada. 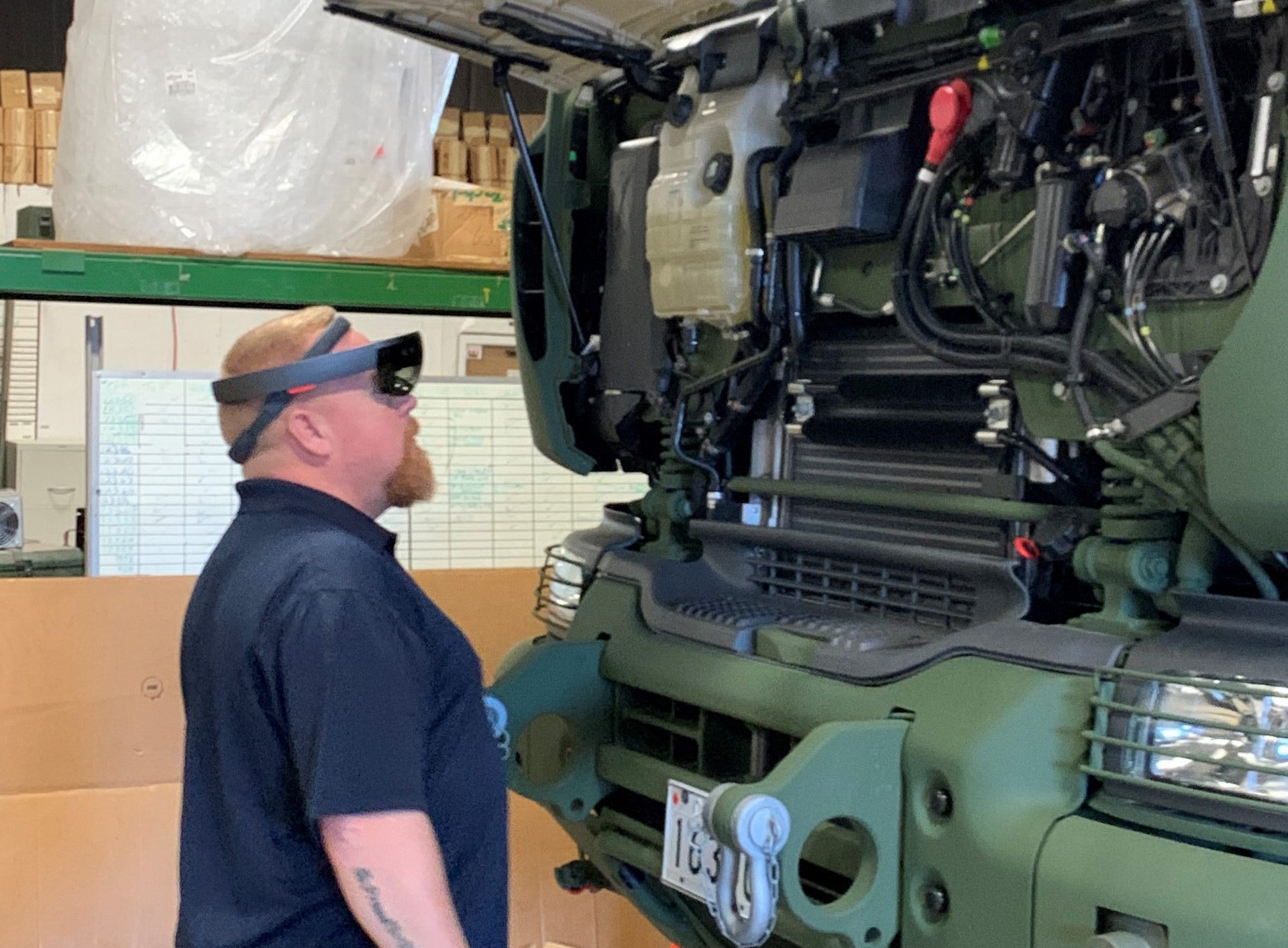