A Mount Pearl ship design firm is partnering with a Vancouver shipyard to potentially build the Canadian Coast Guard's next polar icebreaker.

In a deal announced Wednesday morning, Genoa Design International of Mount Pearl will work with Seaspan Shipyards to deliver the new vessel by 2029, when the CCGS Louis S. St-Laurent — the current heavy icebreaker — will be retired after six decades of service.

The project is part of Canada's National Shipbuilding Strategy contract, which Seaspan was awarded in 2011.

"Growing from 20 employees to more than 220 since joining Seaspan's supply chain in 2014, Genoa has matured its service offering, gained significant expertise, and expanded its business," reads a media release issued Wednesday morning.

"The company is now a recognized industry leader, a Canadian exporter and a champion for the emerging innovation economy in Newfoundland and Labrador."

If Seaspan Shipyards is confirmed as the builder of the icebreaker by the federal government, Genoa will provide 3D modelling and production design for the program, "creating sustained long-term ocean technology jobs in Newfoundland and Labrador's emerging innovation economy."

In a time when Newfoundland and Labrador is projecting a net debt of $16.7 billion, and with many calls — and promises — to diversify its economy in light of a struggling oil and gas sector, the new deal will help Genoa Design continue to contribute to the big picture and bolster opportunities elsewhere, said Seaspan.

"This is especially important now, as the provincial economy has been hit hard by both the COVID–19 pandemic and the need to diversify the Newfoundland and Labrador economy."

Genoa is projected to deliver about $30 million to the provincial gross domestic product in 2020. It will also sustain 220 full-time employees, and generate about $3 million in provincial and municipal government revenues, according to the release.

Newfoundland and Labrador has more than 40 laboratories and research facilities focused on the ocean, the Arctic and harsh environment research and technology development. About 600 companies support industries that regularly operate in Arctic-like conditions.

The province is home to the Canadian Coast Guard Atlantic Regional Headquarters. It's also a primary base for service to the Arctic and home port for to the CCGS Louis S. St-Laurent.

"Genoa's NSS work with Seaspan has fuelled our growth and enabled us to earn a place on major shipbuilding programs in North America. We're pleased and ready to support Seaspan's mission to deliver Canada's next polar icebreaker and to help extend the benefits of that program to Newfoundland and Labrador," said Gina Pecore, chief executive officer of Genoa Design International in the media release.

"As a global leader in Arctic and cold ocean technology and marine operations, this province is home to a cluster of companies, innovators and R&D facilities that can provide unmatched value to the construction of Canada's next polar icebreaker." 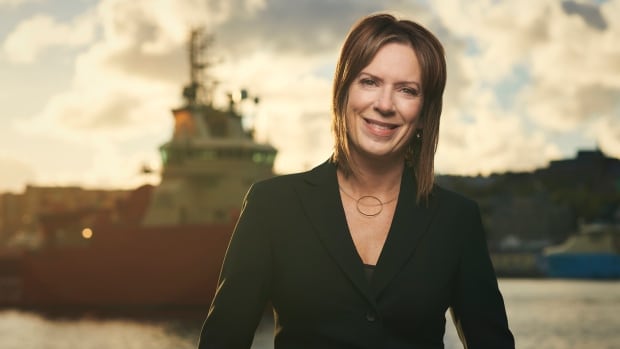