MDA has been awarded an initial contract with an expected production value of more than CAD$60 million on the Canadian Surface Combatant (CSC) project.

Lockheed Martin Canada has contracted MDA to provide the Laser Warning and Countermeasure (LWCM) System that will protect the ships against laser and optical guided threats.

MDA's Canadian-built solutions have the potential to unlock enormous economic benefits and return on investment to the country, and will position MDA as a technology leader in the global naval market. This long-term project will employ highly-skilled engineers and technical staff in five of MDA's sites across Canada, including Richmond (BC), Brampton and Kanata (ON), Montreal (QC) and Dartmouth (NS). Technologies developed for this program will be based on proven components and electronics similar to those used by MDA for both its space and terrestrial programs.

MDA is currently under contract to Lockheed Martin Canada as the Electronic Warfare (EW) Suite systems integrator for the CSC. In this role, MDA will be responsible for the overall integration of the EW sensor suite.

The new CSC will be an advanced and multi-mission combat ship, equipped with next generation technology to capably support and protect the men and women of the Royal Canadian Navy as they fulfill their wide range of missions around the world, from humanitarian assistance to high-intensity conflicts, for the next 40+ years.

Irving Shipbuilding Inc. will build 15 new Canadian Surface Combatants at Halifax Shipyard as part of the National Shipbuilding Strategy, the Government of Canada's long-term strategy that, in addition to renewing the federal fleet, is reinvigorating the shipbuilding sector, an industry sector vital to Canadian sovereignty.

Irving Shipbuilding Inc. has engaged Lockheed Martin Canada to lead the design team, a powerhouse consortium of companies that includes MDA, CAE, L3 Harris, Ultra, BAE and many other suppliers that will design the ship and integrate the CSC's combat management system, right here in Canada.

"MDA is excited to start work on the production of the electronic warfare suite for the Canadian Surface Combatant. We value our role on the Irving Shipbuilding and the Lockheed Martin Canada-led team that will deliver this capability to the Royal Canadian Navy and look forward to continuing to advance the program moving forward as part of our Geointelligence business area." – Mike Greenley, Chief Executive Officer, MDA

Canadian Defence Review magazine is Canada’s leading defence and military journal, serving the information needs of Canada’s defence community. Readers of CDR include senior officers in the Canadian military, senior government officials and parliamentarians as well as executives in the defence, aerospace, security and related industries.

CDR is published by Synergistic Publications which has over 25 years experience in publishing defence and military magazines and periodicals. Our goal is to serve as a vital conduit of information between industry, military/government and the general public.

For more information on CDR ask for our media kit on this website or contact us via email: info@canadiandefencereview.com 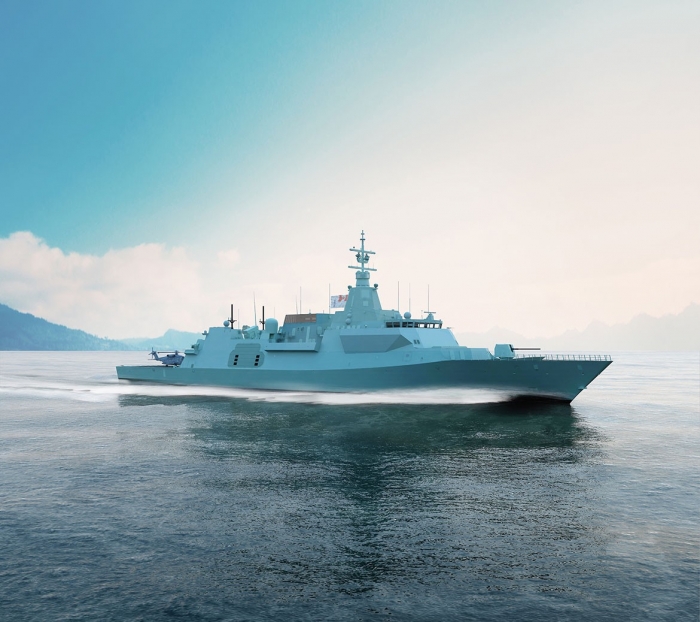