Canada will send an astronaut to orbit the moon in 2023 as part of NASA’s Artemis II mission to the Earth’s nearest neighbour, Minister of Innovation, Science and Industry François-Philippe Champagne said Thursday.

“It’s official!,” Champagne tweeted, “Canada will join the U.S. on the first crewed mission to the moon in over 50 years!”

Champagne’s tweet follows the signing of the so-called Gateway Treaty between the Canadian Space Agency (CSA) and NASA last December.

Under the treaty, a Canadian will be part of the Artemis II mission, the first crewed mission to the Moon since 1972. The agreement between the two space agencies also confirms a second flight for a Canadian astronaut to the Lunar Gateway, a small space station in lunar orbit.

Canada, in turn, will supply the Lunar Gateway with Canadarm3, a highly autonomous robotic system that will use artificial intelligence (AI) to perform tasks around the moon without human intervention.

The Lunar Gateway will be much smaller than the International Space Station (ISS) orbiting the Earth. It will also be used as a science laboratory, a test-bed for new technologies and as a base for landings and exploration of the moon, and then potentially as a base for a Mars mission.

Like the ISS, the Gateway will be assembled in stages, using both NASA and commercial launch vehicles.

The first two elements of the Gateway – the Power and Propulsion Element (PPE) and the Habitation and Logistics Outpost (HALO) – will launch together in 2023. Other modules will be added afterwards, according to the CSA.

The Gateway is expected to support science and technology demonstrations by 2026.

The Artemis program aims to return astronauts, including the first woman, to the moon by 2024 and to be a stepping stone for sending humans to Mars.

NASA put two astronauts on the moon on July 20, 1969, during its Apollo 11 mission, just eight years after Soviet cosmonaut Yuri Gagarin became the first human to orbit the Earth on Apr. 12, 1961.

Five more NASA crewed missions landed on the moon after Apollo 11, the last of them, Apollo 17, touching down in Dec. 1972.

Canada has four possible candidates to take part in the mission: astronauts Jeremy Hansen, David Saint-Jacques, Joshua Kutryk and Jenni Sidey-Gibbons. Kutryk and Sidey-Gibbons are recent astronaut graduates. Saint-Jacques is the only one of the current group who has been to space as a member aboard the International Space Station in 2018-19. 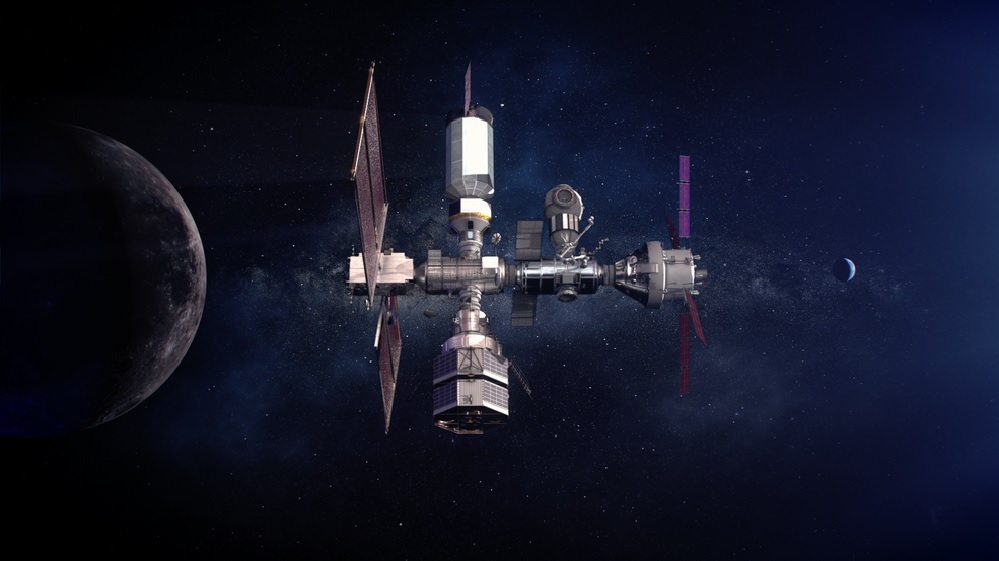