Grade 12 student Jonathyn Simon has known for a few years that he wants to become a pilot when he graduates from high school.

In his free time, he watches YouTube videos to learn as much as possible about aviation and mechanics.

But thanks to a new program offered at Woodstock High School this semester, he is starting his post-high school career path earlier than expected.

"This aviation course kinda came out of left field, and is really a very unique opportunity," Simon said.

Simon along with his 17 classmates are learning the necessary groundwork to obtain a pilot's licence, and earning a credit toward graduation at the same time.

Simon attends a different school about an hour away in Harvey, so he wasn't sure if he would be able to enrol in the program.

But since virtual learning is part of the education system this year because of the pandemic, he was given permission to attend virtually from his high school in Harvey.

"So to be able to take this for free as a high school student and also get a high school credit from it is really amazing," he said.

Students taking the course won't actually fly an aircraft during the program, but Simon has taken private helicopter flight lessons on his own time.

That's the enthusiasm Eric Cummings, 62, and the aviation club in Woodstock was looking to attract with the high school course.

Cummings, a contractor in Woodstock, got his pilot's licence about five years ago as a hobby.

He quickly became passionate about the aviation industry, and noticed there weren't a lot of young people at the club.

"There's a lot of grey hair over there as far as people flying, and there's no younger people taking it up," he chuckled.

That's when the group approached the high school with the idea to offer the aviation course to students.

Cummings said the groundwork program would typically cost someone around $2,500 out of their own pocket to complete.

Offering the course in high school is a savings for the student, and a way to introduce them to the industry, Cummings said.

Vanessa Harris is taking the course in her final year of high school.

She was looking at taking a calculus course, but decided to take advantage of the opportunity to do the groundwork for a pilot's licence instead.

Harris said there's a lot of information in the course so far, but is enjoying learning about something that's completely new to her.

"I'm taking physics right now as well, so how the physics actually applies to real life, that's kind of been eye-opening," she said.

Harris isn't sure if she'll pursue aviation after high school, but is happy to know she will have a portion of her pilot's licence complete if she's interested in the future.

Pierre Ouellette is a pilot instructor and teaches the course at the high school. He said he's been teaching the course for 19 years, and has taught people of all ages — from teenagers to seniors. But he hasn't had a class like this yet.

"It's the first time that I had a group of all people from high school, so that's fun — they're learning new stuff," he said.

Ouellette said the course covers a wide range of courses that the students likely haven't been exposed to before.

"Theory of flight, navigation, meteorology, air law, engines and flight systems — so there's a lot of fun stuff to learn," he said.

Cummings is glad the school was receptive to offer the program. He is hoping to see it available at schools across the province in the future. 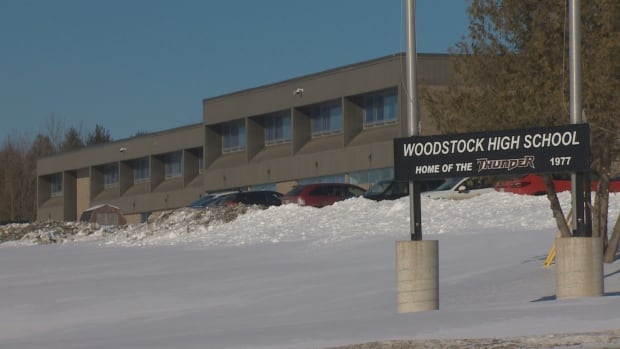